One of the soldiers, despite Petra's efforts, bleeds out from his injuries. After the post-Trost District battle trial to decide Eren's fate concludes with Eren joining the Survey Corps, the Special Operations Squad is assigned to look after him.

Petra, along with the rest of the squad, accompanies Eren to the former HQ of Survey Corps, which will now serve as a hideout for Eren.

As the hideout has not been maintained well, Levi orders everyone to begin cleaning. During the cleaning, Petra makes small talk with Eren, cheerfully noting the disconnect between the image of Levi that the public has, and what the man is actually like.

Later that day, while the squad discusses the upcoming expedition, Hange arrives and Eren asks them to explain their experiments with Titans. Petra and the rest quickly leave the room, already painfully familiar with Hange's long-winded speeches about Titans.

Levi finds a way to contain Eren in his Titan form without killing him, allowing Hange to run experiments on him, which Petra and the rest of the squad monitor.

Eren is unable to transform for some reason, but later triggers his transformation while attempting to pick up a teaspoon.

Petra and the rest of his squad mates immediately prepare to kill Eren, believing he has betrayed them, but Levi keeps them at bay.

Realizing their mistake, Petra and others bite their hands as a form of punishment, showing that they can trust each other. One month later, Petra is part of the expedition that heads into the Titan territory.

As time progresses, the news of a mysterious Titan killing the soldiers reaches the Levi Squad just as Petra and others witness the black smoke signal, knowing that an abnormal Titan is near their position.

Eventually, they enter the forest. Eren questions this, but then notices Petra and others also do not know what is going on.

At that moment, the mysterious Female Titan reaches their location. As they are being chased, Petra and the other squad soldiers beg Levi for orders, proposing to take the Titan down as it slaughters the reinforcements from behind.

Levi, however, just shoots a sound grenade to calm them down, reminding them of their job. Although Petra begs Eren to trust them and refrain from engaging, Eren finds himself to be unable to comply with the orders as soldiers repeatedly die trying to hold the Titan off.

Eren eventually decides to go with the squad, and as the Titan is about to catch up with them, they reach the location of Erwin and other soldiers who manage to trap the Female Titan, much to the surprise of Petra and the squad.

They then brag to Eren, claiming that it is thanks to the power of the Survey Corps that they managed to capture their foe.

Afterward, the Special Operations Squad climb to one of the giant trees and is ordered to standby while efforts are made to capture the human within the Female Titan.

They discuss Erwin's decision not to tell the soldiers about the plan. Eren wonders why is it that not even the elite soldiers were told about it, angering Petra and Oluo, but Eld agrees with Eren, stating that Erwin must have had a reason.

They realize that if they answered Erwin's mysterious question back then, they would probably be trusted enough to be let in on the operation.

Afterward, the squad begins to retreat back to their horses, when a flare leads them off-course. They are then ambushed by an unknown person who murders Gunther, before transforming back into their Titan form.

Eren is ordered to flee while the surviving squad members engage the Titan in battle. Petra and the others initially have the upper hand since they blind the Female Titan with the vertical maneuvering gear's gas and cripple both her arms, making them useless.

But when Petra and Eld Jinn move in for the kill, the Titan suddenly regenerates a single eye, demonstrating a previously-unknown ability to focus healing into fewer body parts to speed up the regenerative process as a defensive tactic, and bites Eld in half, killing him.

Flashes of dark red, all rushing in a sequence that was difficult to keep up with. The mission, Eren, the Female Titan. Fighting against her… and pitifully losing.

Oluo squashed like a fly, Gunther crushed as if he was an meaningless object. Your eyes widened in shock at the excruciating recollection.

The smell of thick, metallic blood filled your nostrils. Like you were hurtled back into the forest of giant trees, now the coffins of your family.

You placed your hand on your forehead and stood, ignoring the pain in your midriff and noticed, finally, a haunting detail of the room.

One might wonder if you had spoken at all, your voice small against the silence. Crying after expeditions was something most people got over doing quickly; it was an asset to be emotionally detached.

You were on the verge of tears, though. It was as if some force deliberately picked you apart slowly and watched the hope die piece by piece.

Knees buckling, you plummeted to the floor, body wracked by silent sobs. You covered your mouth, refusing to let go of honor by crying out loud.

The room melted away until there was nothing except a compressing weight on your chest, making it nearly impossible to breath as the room grew blurry.

You were zoned out and trembling, lost in a void of grief. A force grabbed you and heaved you back to your feet. Levi held you upright firmly, stoic-faced, yet determined.

He pulled you forward until your face bumped into his chest, his strong arms encircling your figure.

It was a stiff and awkward hug but you weeped into his shirt nonetheless, needing something solid to grab onto in an attempt to find reprievement from such pain.

Your heartbeat thrummed in your ears, blood pulsing so quickly each beat created a pumping sensation. The struggling to hold back your whimpers was growing weaker.

Your cheek pressed over his heart, its soothing thrum sounding in your ears. He gripped your chin and raised it to his eyelevel.

Levi pulled his arm away to escape your grasp and you nearly wailed, thinking that he was going to leave.

But the mattress of the bed behind you dipped as he sat down, pulling you back into his strong embrace. I never have. I can believe in my own abilities or the choices of companions I trust.

But no one ever knows how it will turn out. Because of that, everyone died! If I had believed in myself from the start and fought… if I only killed it at the beginning!

And i know that i get lonely when i think about your smile, and those moments when i know i could have helped, i should have tried.

That allows its women shape the plot as much as its men do. That helds a diverse cast of mothers, sisters, soldiers, warriors, scientists, leaders and queens, up to goddess or devil that started it all.

That gave each of them personality, motives and reasons to fight, other than being in love with someone. A manga, in which the ONLY confirmed relationship was between two women.

A manga, which could go on chapters without sexualizing anyone. I was thinking about this and looked at all the confirmed one sided ships… is it a coincidence only? 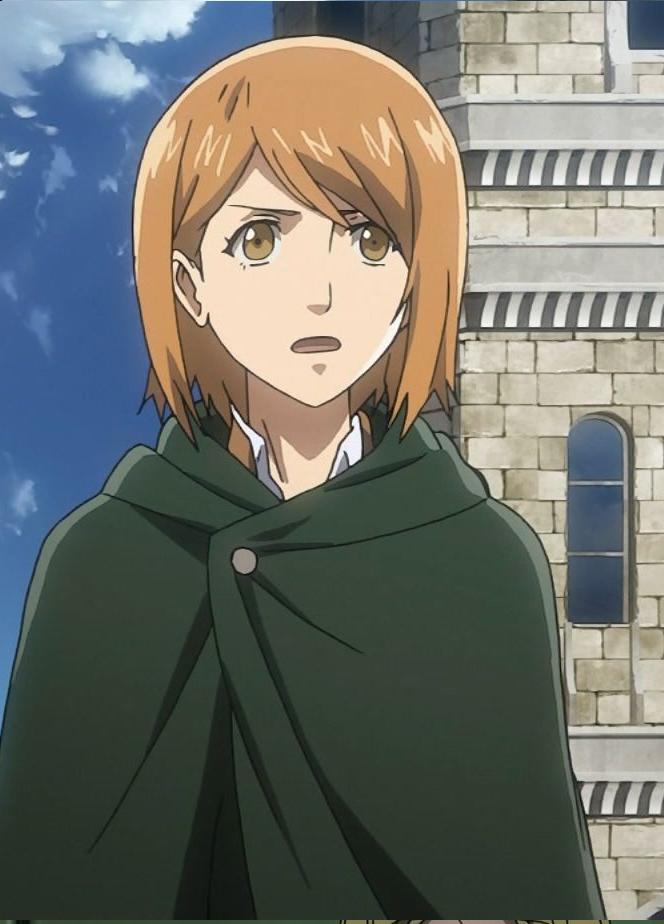 3 thoughts on “Petra shingeki no kyojin”